this is New Orleans…. 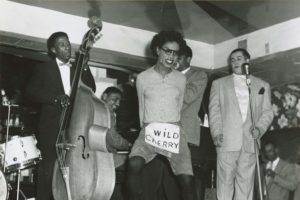 where they don’t over charge you for shipping like they do in Memphis..

Not  Irene Ryan who played a Granny Clampett.

if you want free art , go to  Moscow, the showplace of Socialism.

tell them the Germans sent you.

In World War I ,The Germans gave millions of dollars to Lenin and got him out of Switzerland and onto a train  and sent him and his henchmen to Moscow  and when he got his revolution happening he called his buddy Joseph Stalin (you may be familiar with the name, he went on to kill about 30 million of his own people) who had already been imprisoned by the Czar 5 times and had escaped 5 times , Lenin brought him in to help run the communist revolution, so that the Russian Army would be forced from the trenches fighting Germans and go back to Russia to fight the commies. And then GERMANY WOULD BE MORE FREE TO CONTINUE THE BLOODIEST WAR IN history…

So not only did Germany start WWI and WWII , they are responsible for the spread of Communism in the world..

have a great day…. eat a sausage wiener in honor of Germany.